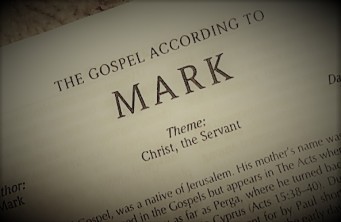 Christ’s Olivet Discourse is shorter in Mark than it was in Matthew.  It is still the longest continuous passage of teaching by Jesus in the Gospel of Mark.

Jesus has clearly told us to watch and be ready for his return.

Your word repeatedly reminds us that he is coming soon. We do not want to neglect that major biblical point.

Help us to watch and be ready. Help us to be zealous for good works while we wait. Help us to be faithful to worship you, live for you and encourage one another till Jesus comes.

The church has been waiting for Christ’s return for what seems like a long time. Help our faith to be genuine and our attitude to remain watchful so that we will be ready when he finally arrives.

Help us also to be busy about our Master’s business. You have given us resources and abilities that you expect us to use for you. Help us not to fear or get lazy, but rather to use what you have given us for your glory.

We also realize that the consequences of Christ’s judgment are eternal. We ask you to forgive us that we might inherit the kingdom that you have prepared for us from the foundation of the world.

We pray for all of those we know that are lost, that they might be saved, and in that way avoid the eternal fire prepared for the devil and his angels.

While we are waiting for Jesus and working for you, help us to be a blessing to the poor, the needy, the foreigner, the sick and those who are in prison.

Help us to be a blessing to any and all that need our help, starting with our brothers and sisters in Christ, but not stopping with only them.

And help us to keep doing this until Jesus comes. 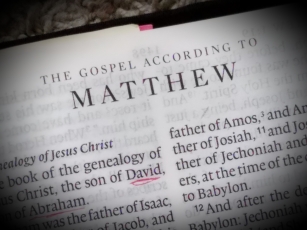 The extended teaching known as the Olivet Discourse is one of the Bible’s most important pertaining to end times prophecy.  In it Christ reminds to always be watching for him.  He is coming and we do not know when.

In this passage, part of Christ’s Olivet Discourse, Jesus makes a vital point for us.  We must always be ready for his return.

36 “But concerning that day and hour no one knows, not even the angels of heaven, nor the Son, but the Father only. 37 For as were the days of Noah, so will be the coming of the Son of Man. 38 For as in those days before the flood they were eating and drinking, marrying and giving in marriage, until the day when Noah entered the ark, 39 and they were unaware until the flood came and swept them all away, so will be the coming of the Son of Man. 40 Then two men will be in the field; one will be taken and one left. 41 Two women will be grinding at the mill; one will be taken and one left. 42 Therefore, stay awake, for you do not know on what day your Lord is coming. 43 But know this, that if the master of the house had known in what part of the night the thief was coming, he would have stayed awake and would not have let his house be broken into.  44 Therefore you also must be ready, for the Son of Man is coming at an hour you do not expect.

I have personally and unscientifically observed two common and unfortunate responses to the thought that Jesus can come back at any moment.

One is to go completely overboard in end times enthusiasm.  I remember years ago having to comfort a man whose wife had died.  Grief is hard.  His was made worse by the conviction that he and his wife, who were not young, were both going to live to see the rapture of the church.  He has since died as well.  No rapture.

The other unfortunate response, perhaps egged on by views like the one above, is to decide that Bible prophecy is so difficult, obscure or controversial that it’s not worth paying it any attention.  This seems to be more common at present, but it directly contradicts Jesus’ point.

Whether one believes this passage from Matthew is talking about the rapture or not (I personally think it is, which I know is a minority view), Christ wants us to be ready.  He wants us to stay awake (v.42), be ready (v.44) and to watch (Matt 25:13).

The fact that we cannot know when Jesus is coming is not a motivator to not care when he will return.  I believe this tension and lack of clarity regarding his return is designed to keep us always watchful.  Every generation of Christians has every reason to believe that Jesus can come during their lifetime, but we can never be sure that he will.

Therefore we must always be ready.  Let’s repeat that.

44 Therefore you also must be ready, for the Son of Man is coming at an hour you do not expect.

By listening to Jesus we learn that there is a great danger in hypocritical religion.  The scribes and Pharisees were guilty of it then, but many besides them have been guilty of it too. Many are still guilty of it now.

In response we ask you to please show us where the practice of our faith does not measure up to your standards.  Transform our hearts so that we become people who are inwardly pure.  Let our love for you and for others cause us to grieve over sin and truly fear the day of your coming judgment.

And let us always be prepared and eagerly waiting for the return of our Lord Jesus Christ.

In his name,
Amen.

Paul’s Letter to the Romans

The more we look toward the Lord’s coming, the more we will want to live as if we were already in his presence.