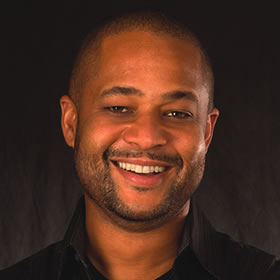 This post by Bryan Loritts gives us something to think about at a time when there are no quick or easy solutions.  He points to family, government and a multi-ethnic church as vehicles to a more just society.

George Floyd and the Way Forward

Everyone in Nazareth knew Jesus.  The town wasn’t that big and Jesus had lived there most of his life.  When he came home and taught in the synagogue, the response might have been positive.  I’m the sort that loves it when guys from my hometown of Buffalo, NY, or my current home of Indianapolis make it big in one way or another.  Imagine if one of your local boys turned out to be the Messiah!?  It doesn’t get any bigger than that.

Alas, that was not the case.

Then He went out from there and came to His own country, and His disciples followed Him. 2 And when the Sabbath had come, He began to teach in the synagogue. And many hearing Him were astonished, saying, “Where did this Man get these things? And what wisdom is this which is given to Him, that such mighty works are performed by His hands! 3 Is this not the carpenter, the Son of Mary, and brother of James, Joses, Judas, and Simon? And are not His sisters here with us?” So they were offended at Him.

Familiarity can go two ways.  They clearly knew enough about Jesus and his “mighty works” to put two and two together.  It was an informed decision.  But they also had enough information to imagine that their unbelief was justified.  “He’s just a carpenter, right?”  “And his mom, brother and sisters are just normal folks. We’ve known them forever.”  If they had anything privately against the family, say suspicion surrounding the circumstances of Jesus’s birth, or some minor scuffle with a one of the brothers, these things would not work in Christ’s favor.

They were still wrong.  Jesus was and is the Christ, the Son of God (Mark1:1).  Nor is there salvation in any other, for there is no other name under heaven given among men by which we must be saved” (Acts 4:12)

We can make the same mistake today.  People reject Christ due to familiarity.  They grew up in a Christian home or they know any number of Christians that they find unimpressive.  Or they pay Christ a bit of lip service while not accepting the Jesus we find in the Bible, because, well, they know a little too much, they believe.

This also happens in churches to otherwise solid believers.  It is more subtle, but the same basic thing.  The longer we know a pastor, a worship leader or the overall atmosphere of the church, we are faced with a continuous decision.  We can stay faithful for the sake of the relationships and continue to help build the ministry – or not.

Maybe we’re kind of bored with the music.  Maybe we wish they would stress our favorite doctrinal stance a little more then they do.  Maybe we like the decor of another building or the neighborhood in which another church is located.  We can go on.

Familiarity can increase commitment, cultivate brotherly love and build trust.  Long, old friendships are usually the best we have.  Or, we can collect evidence that something is seriously wrong.  If they did it with Jesus, we can certainly do it with other sinners saved by grace.

Jesus’ family thought he was losing it.  The scribes were convinced he was evil.  Neither was right.  Jesus understood them far better than they understood him.

20 Then he went home, and the crowd gathered again, so that they could not even eat. 21 And when his family heard it, they went out to seize him, for they were saying, “He is out of his mind.”

22 And the scribes who came down from Jerusalem were saying, “He is possessed by Beelzebul,” and “by the prince of demons he casts out the demons.” … 28 “Truly, I say to you, all sins will be forgiven the children of man, and whatever blasphemies they utter, 29 but whoever blasphemes against the Holy Spirit never has forgiveness, but is guilty of an eternal sin”— 30 for they were saying, “He has an unclean spirit.”

If we are going to faithfully follow Jesus there are two accusations that we have to expect.  They were leveled at Christ and we will make easy targets for them too.  They are simply:

The beauty of all of this misunderstanding and outright falsehood is that Christ endured it first.  In our case some of the misunderstanding is justified, some of the criticism is true and, let’s face it, our motives are rarely altogether pure.  Yet even when we really are completely in the right, if we expect to be treated like Jesus, there will be those people who fail to grasp that.  Some of them will be important, like the scribes, so their criticism will feel very demeaning.  Some of them will be close, like our family, so their misunderstanding will hurt.  We can only imagine how Christ felt.

Jesus enters into further controversy, this time starting with what is or is not allowed on the Sabbath.  He adds teaching about his own resurrection and who his true family is.